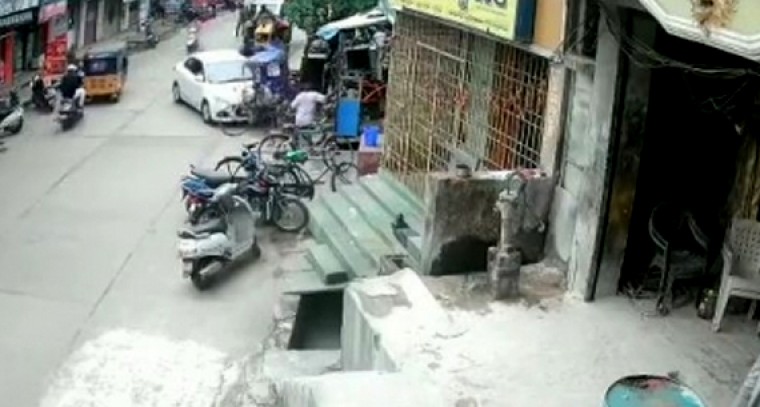 Amaravati, July (IANS) Three persons were critically injured when a car driven by a minor went out of control in Tenali town of Andhra Pradesh's Guntur district on Wednesday, police said.

According to police, the car rammed into a cycle rickshaw repair shop and ran over three men. The feet of one of the victims were crushed under the car while two others also sustained critical injuries.

The incident occurred on Telephone Exchange Road when the minor, who was at the wheel, lost control of the vehicle. The minor was apparently learning to drive and he was accompanied by another minor.

Police shifted the injured to Tenali Government Hospital. A police officer said they have detained the minors, registered a case, and begun further investigations.