TDP accuses Jagan of diverting public money for own newspaper 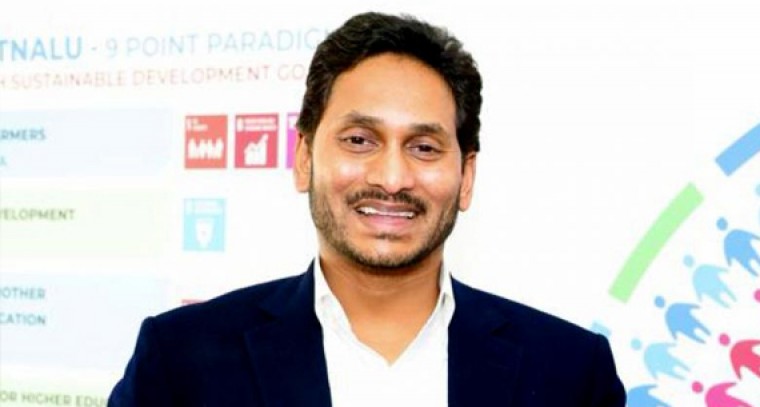 He came down heavily on the YSR Congress Party (YSRCP) government for its latest order for spending Rs.5.5 crore on village volunteers every month so that they can buy Telugu daily aSakshi'.

The former finance minister alleged that Jagan is diverting funds from taxes and hiked charges to his own newspaper. He also slammed the chief minister for ignoring the welfare of government employees and distributing the 'looted public money to the village volunteers who are his own party workers.'

The TDP leader alleged that Jagan Reddy is doing gross injustice to the employees but promoting the village volunteers.

He said the volunteers have been looting the public with their corrupt practices.

"They are taking bribes for any welfare scheme. Public think it is more than enough to give them Rs 5,000 salaries. But Jagan Reddy has fed them Rs 485.44 crore on the name of Seva Ratna and Seva Vajra awards. Now, Jagan government has issued a G.O. to pay Rs 200 per month for the sake of buying newspapers," he said.

The TDP leader pointed out that there are almost 2.66 lakh village/ ward volunteers in the state and it needs Rs 5.5 crore every month for purchasing newspapers.

He alleged that the Chief Minister is giving money to the volunteers from the government exchequer and they will purchase Jagan's own newspaper.

"Thus Jagan Reddy is diverting public money to his own 'Khazana'. He is doing business with cunning ideas. Can't he, who claims to be in politics for public service, distribute his own paper to his own party workers free of cost?" he asked.

The TDP leaders alleged YSRCP leaders and workers are looting all natural resources in the state, grabbing government lands and amassing wealth. Jagan government is imposing heavy taxes on the public, and diverting those funds to his own media.

"The spending on public welfare is less than the advertisements given to his own paper. Jagan government has spent Rs 280 crore public money in just 3 years, for Sakshi newspaper alone," he said.