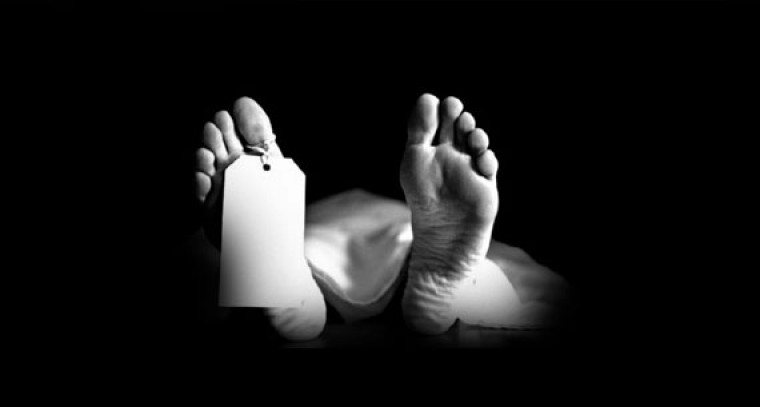 Manjunath Reddy used to stay in the flat for two-three days during his visits here. He came three days ago but was found dead under suspicious circumstances on Friday.

The deceased hailed from Annamayya district and his father Maheshwar Reddy is a leader of YSRCP and owner of PMR Construction company.

Manjunath Reddy was a contractor while his wife Sravanti is a physician. They married four years ago. Maheshwar Reddy rushed to Vijayawada after learning about son's death.

Initially, the death was termed "suicide." However, the statement of other residents and the conditions in the flat indicate that he died under suspicious circumstances. Police are also tightlipped about the incident.

According to some residents in the apartment building, Narendra Reddy, who takes care of Manjunath Reddy's flat, went into the flat around 5.30 p.m. and later an ambulance reached there.

The body was taken to Mangalagiri government hospital for autopsy before being taken to Rayachoti.

Tadepalli police registered a case on a complaint by Maheshwar Reddy. He blamed family problems and pressure due to debts for his death. He named one Chakdradhar Reddy in his complaint and demanded a thorough probe by the government.