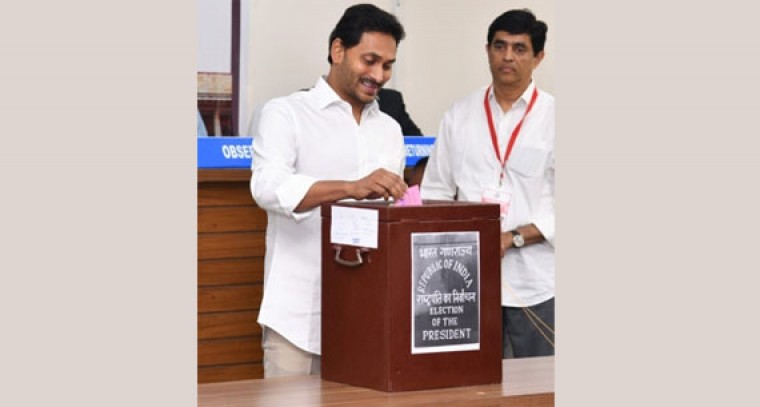 The YSR Congress Party (YSRCP) leader was the first to exercise his franchise. Accompanied by his Cabinet colleagues and some party MLAs, the chief minister reached the polling booth and after completing the formalities collected the ballot paper from the polling staff and cast his vote.

The YSRCP has declared its support to National Democratic Alliance (NDA) candidate Darupadi Murmu. The ruling party has 156 MLAs in the 175-member Assembly.

YSR Congress MLA from Kandukur in Prakasam district has sought permission to cast his vote at the polling station at Telangana Assembly in Hyderabad. The remaining AMLAs are scheduled to cast their votes at Amaravati.