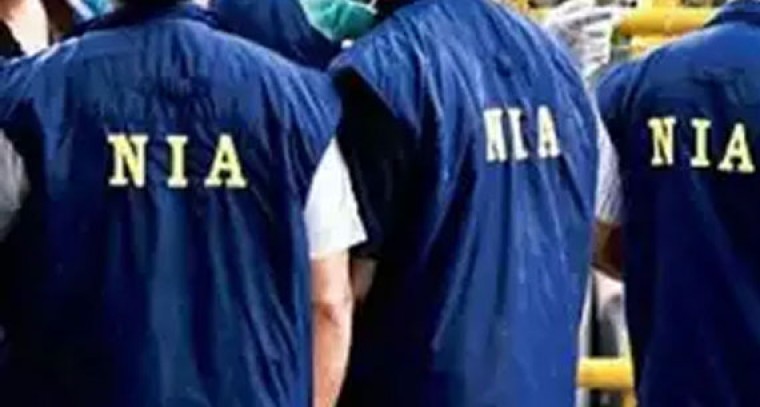 Amaravati, July 19 (IANS) The National Investigation Agency (NIA) on Tuesday conducted search operations at the residences of alleged Communist Party of India-Maoist sympathisers and the widow of Maoist leader Ramakrishna in Andhra Pradesh.

The searches were conducted in a remote Alakurapadu village of Tangutur mandal (block).

The officials of NIA raided the residence of G. Kalyan Rao, a poet and leader of Viplava Rachayitala Sangham (Revolutionary Writers' Association) and Sirisha, wife of top Maoist leader Ramakrishna or RK who died last year.

The search operations were carried out with the help of local police. The police personnel surrounded the houses and conducted searched on the suspicion that those having links with Maoists may have taken shelter there.

The NIA also conducted searches at two places in Vijayawada. The officials searched the residence of Doddi Prabhakar and another house where four youth from Chhattisgarh were reportedly staying on rent.

Officials reportedly suspect that cash transfers to Maoists were made from the area. The details of the outcome of the search operations were not known.

Meanwhile, reacting to searches at her residence, Sirisha alleged that she was being subjected to harassment in the name of searches. She said at a time when she was not keeping good health and was yet to overcome the grief due to the death of her husband, the officials were harassing her with the allegation that some unknown persons had taken shelter at her house.

"I have not committed any crime. Those committed crimes are roaming freely on roads," she said.

Sirisha is the sister-in-law of Kalyan Rao who along with Ramakrishna had taken part in the talks between Maoist party members and the Andhra Pradesh government in 2004.

The NIA had conducted similar searchAoperations at their residence late last year.