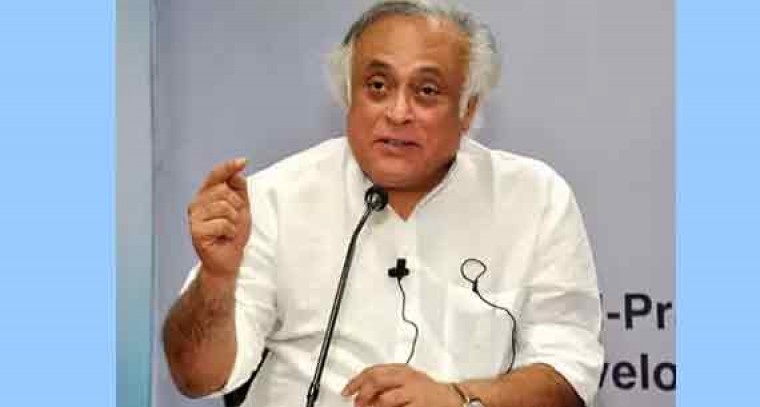 Amaravati, Oct 4 (IANS) The Congress party, if voted to power at the Centre in 2024, will accord special category status to Andhra Pradesh, said senior leader Jairam Ramesh on Tuesday.

He said the party would stand by the commitment made to Andhra Pradesh at the time of its bifurcation in 2014.

He was talking to reporters along with Oommen Chandy, Digvijaya Singh and other senior leaders at Kurnool after a review of the arrangements for party leader Rahul Gandhi's Bharat Jodo Yatra which is scheduled to enter Andhra Pradesh on October 18.

"If we get a mandate in 2024 and if the Congress party representative becomes the Prime Minister, the first signature will be on granting special category status to Andhra Pradesh," he said.

The former central minister said he was reiterating what Rahul Gandhi has already promised.

Special category status was a commitment made by the Centre in Andhra Pradesh Reorganisation Act 2014 which was passed when the Congress-led United Progressive Alliance (UPA) was ruling.

Singh said only the Congress can fight and defeat the BJP and its divisive ideology. He alleged that the BJP was dividing people along the lines of religion and caste.

Jairam Ramesh claimed that Bharat Jodo Yatra was receiving a huge response across the country. After covering Tamil Nadu, Kerala and Karnataka, the Yatra will enter Andhra Pradesh on October 18. It will continue for four days in Kurnool district before entering Telangana.