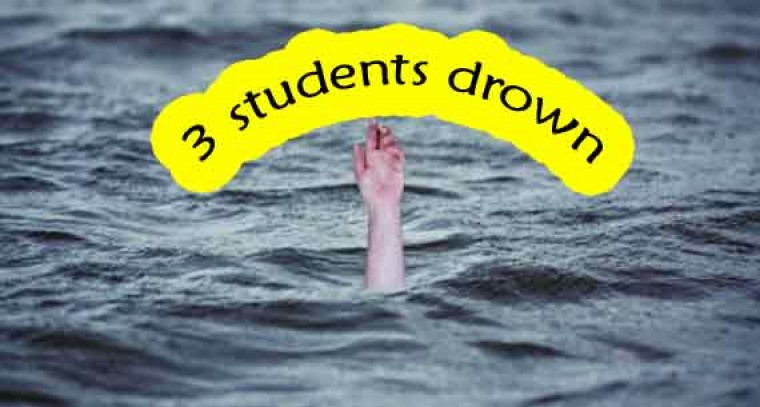 The incident occurred at Suryalanka beach when a group of intermediate students from Vijayawada were taking bath.

Seven of the students went missing as a strong wave pulled them into the sea water. Two of them were rescued by swimmers who were immediately pressed into service.

The deceased were identified as Abhi, Siddu and Sai Madhu, all aged 15 and hailing from Singh Nagar area of Vijayawada.