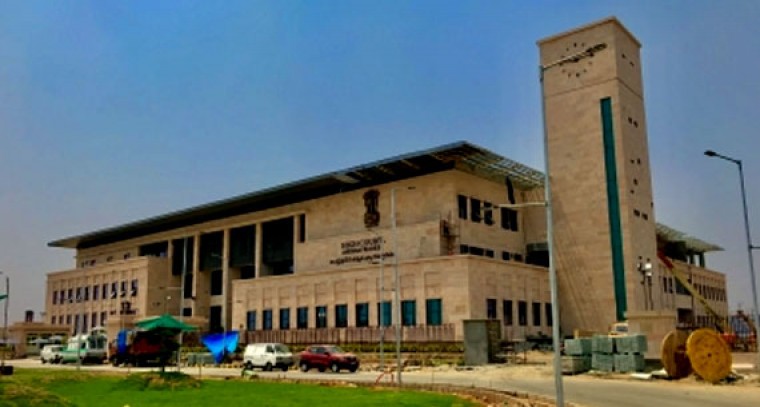 Amaravati, Sep 9 (IANS) The Andhra Pradesh High Court on Friday granted permission to Amaravati farmers for a second Maha Padyatra, scheduled to be launched from here on September 12, to demand development of Amaravati as the state capital.

The court's green signal came hours after the police refused to give the permission for the long march aimed at demanding implementation of High Court orders for development of the state capital.

However, the court has given the nod to the organisers subject to certain conditions.

Justice C. Manavendranath Roy directed the police to consider the request made by the farmers and grant them the permission for Maha Padyatra from Amaravati to Arasavalli in Srikakulam district.

The court laid down the condition that not more than 600 people should participate in the march. It also asked the organisers to seek prior permission for the public meeting to be organised at the end of the long march.

The Amaravati Parirakshana Samithi (APS) had approached the High Court, seeking direction to the police to give permission for Maha Padyatra.

The court had taken up the hearing on Thursday but adjourned the hearing to Friday after the state government informed it that the Director General of Police would be passing orders on the application of APS by the end of Thursday.

Director General of Police Rajendranath Reddy issued an order late on Thursday night, denying permission for the match on the ground that there was apprehension of breach of peace.

The DGP recalled that APS organised a padyatra last year from Amaravati to Tirumala. He said though the court had given conditional permission for the padyatra, the conditions were violated.

The APS leader was also told that the regions which form the route of the proposed Maha Padyatra have different aspirations. Visakhapatnam, which has been declared as administrative capital, is also on the route of the long march.

The Padyatra with the slogan 'Build Amaravati Save Andhra Pradesh' is proposed to conclude at Arasavalli in Srikakulam district on November 11 after passing through 16 districts. It is aimed at mounting pressure on the government to complete the constructions and infrastructure creation in Amaravati as ordered by the High Court on March 3 this year.

Alleging that the YSR Congress Party (YSRCP) government is not taking any action to implement the court orders, the APS had decided to take out Maha Padyatra.

APS said the state government had not changed its mind even after the High Court had ruled that the state has no legislative competence to split, bifurcate or trifurcate the state capital. The court had ruled that Amaravati should be developed as the capital city and it laid specific timelines for the same.

A bench of three judges had pronounced the judgment on March 3 on 75 petitions filed by Amaravati farmers and others challenging the government's move for trifurcation of the state capital.

After coming to power in 2019, the YSRCP had reversed the decision of the previous TDP government to develop Amaravati as the only state capital. It decided to develop three state capitals - Amaravati, Visakhapatnam and Kurnool.

This had triggered massive protest from farmers of Amaravati, who had given 33,000 acres of land for the capital and were hoping to reap its economic benefits.