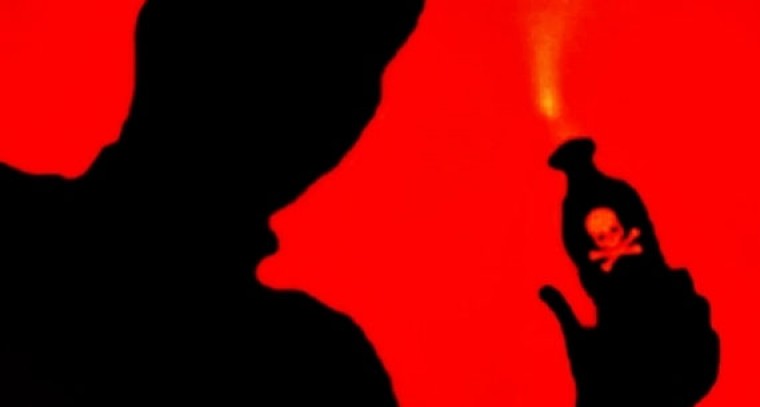 Amaravati, Sep 6 (IANS) A youth in Andhra Pradesh poured acid into the mouth of a minor girl and slit her throat when she resisted his attempt to sexually assault her.

The shocking incident occurred in a village in SPSR Nellore district on Monday night when the 14-year-old girl, a class 9 student, was alone in her house.

After the accused barged in to the house, in an effort to save herself, the victim ran into the washroom and locked herself from inside.

The youth broke open the door and tried to sexually assault her. As she resisted his attempt, he attacked her with toilet cleaning acid, pouring it into her mouth and face. When she started screaming, the assailant slit her throat with a knife and escaped.

When the neighbours found the girl lying in a pool of blood, they alerted her parents, who had gone for some work.

The victim was shifted to a hospital and her condition is stated to be critical.

Police have arrested the accused, identified as Nagaraju. He is said to be a relative of the victim.

Police suspect that some others might have helped the accused.

The state's Agriculture Minister Kakani Goverdhan Reddy visited the hospital and called on the victim's family members and enquired with doctors about her condition.

The Minister told reporters that the police booked the accused for attempt to rape and murder.

He said the case had been registered under non-bailable sections and assured that all steps would be done to ensure completion of the probe in an expeditious manner to award harshest punishment.

Nellore district Superintendent of Police, Vijaya Rao also visited the hospital. He said the police were investigating and would soon come out with all the details.