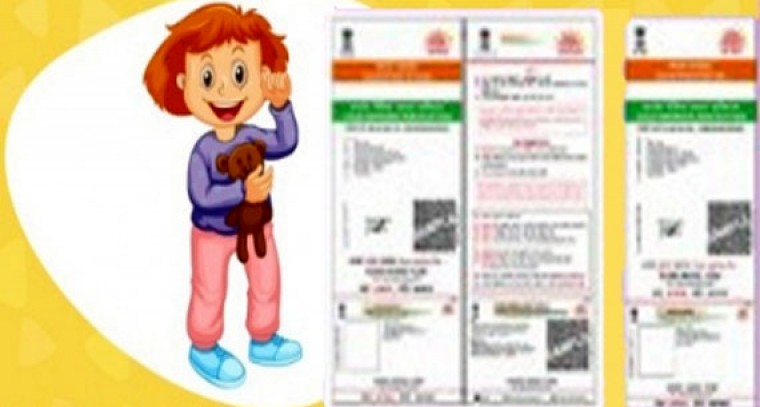 New Delhi, Aug (IANS) In the renewed effort to reach out to more children in the 0-5 age group under the Bal Aadhaar initiative, the Unique Identification Authority of India (UIDAI) has enrolled more than 79 lakh children during the first four months (April-July) of the current financial year.

As per government officials, the Bal Aadhaar initiative will help parents and children avail multiple benefits. While 2.64 crore children in the 0-5 age group had Bal Aadhaar by March 31, 2022, this number has increased to 3.43 crore by the end of July 2022.

Bal Aadhaar registration is progressing very well, with increased speed across the country. Enrolments of children in the 0-5 age group in states like Himachal Pradesh and Haryana have already covered more than 70 per cent of the targeted age group.

Registration of children (0-5 age group) has also done exceedingly well in several other states and UTs including Jammu and Kashmir, Mizoram, Delhi, Andhra Pradesh and Lakshadweep.

UIDAI and its regional offices have been constantly encouraging residents to come forward and register their children under Bal Aadhaar initiative. Bal Aadhaar works as a facilitator in availing several welfare benefits, and also works as a digital photo identity for children right from birth.

Aadhaar enrolment of children in the age group of 0-5 years are carried out based on facial image of the child, and biometric authentication of the parent/guardian (having a valid Aadhaar). A proof of relationship document (preferably birth certificate) is collected at the time of enrolment for Bal Aadhaar. To differentiate the Bal Aadhaar from normal Aadhaar, it is issued in blue colour, with a remark that this is valid till the child attains the age of 5 years.