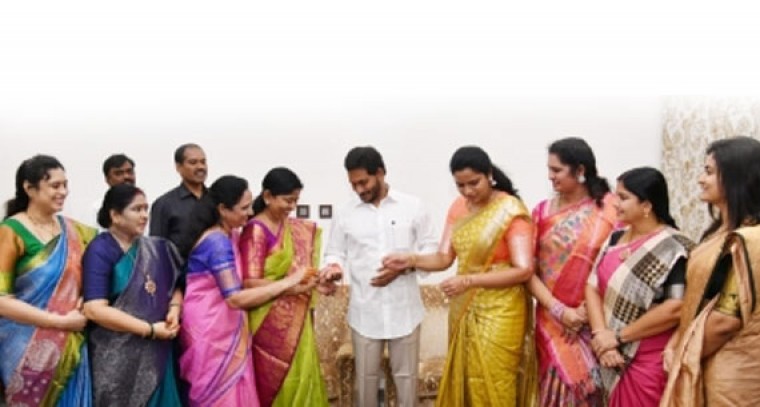 They invited him to their Global Summit to be held at Mount Abu in September as part of the Azadi Ka Amrut Mahotsav.

Earlier, the chief minister greeted women on Raksha Bandhan. She called Raksha Bandhan a symbol of brother-sister bond. "I am proud to say that we have been supporting women for three years," he said and hoped that women will continue to bless the government of their brother.

Meanwhile, Telangana Chief Minister K. Chandrasekhar Rao also extended greetings to the people of the state on the occasion of Raksha Bandhan which strengthens the sacred spirit of brotherhood in human relations.

KCR said that the feeling of bond of protection that brothers should always offer to their respective sisters is involved in the festival of Rakhi.

The Chief Minister said that the festival of Rakhi, which is celebrated every year on the full moon of the month of Shravan with brotherhood and love, is a great tradition in Indian culture since time immemorial.

On the occasion of Rakshabandhan, KCR hoped that the feeling of brotherhood among the people of the country would get strengthened.

The minister said KCR was working to give bright future to every woman in the state.

He said the state government was providing pension to 14 lakh single women and widows and four lakh women beedi workers.