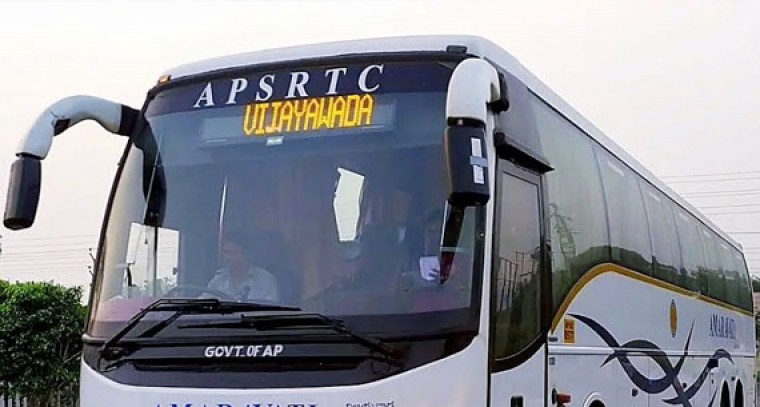 The stolen bus belonging to Palakonda depot of Andhra Pradesh State Road Transport Corporation (APSRTC) was found in Kandisa village on Tuesday after several hours of search by the police along with Corporation officials.

The students' special bus was stolen from Vangara mandal headquarters on Monday night after the driver had parked the vehicle.

According to police, the bus had come to the village from Rajam and after dropping students, driver, Peela Bujji, left it in front of Vangara police station.

The next morning the driver was shocked to find the bus missing. He alerted the depot officials, who searched for the vehicle in the area but found no trace of it.

The APSRTC officials then lodged a complaint with the Vangara police. The police officials with the help of APSRTC staff began the search in surrounding villages.

After frantic search for several hours, they received the information that the bus was found in Meesala Dolapeta in Regidi Amadalavalasa mandal (block).

The police officials from Vangara reached there and after collecting fingerprints and completing the formalities brought the bus to Vangara.

A few suspects were rounded up by the police. During questioning, one Chowdary Suresh confessed that he had stolen the bus.

He told the police that after reaching Vangara by another bus from Rajam, he did not find any transport to reach his village. He found a bus parked there and took it away to reach home. He committed the theft in an inebriated condition.

A police officer said the man has been booked for theft.