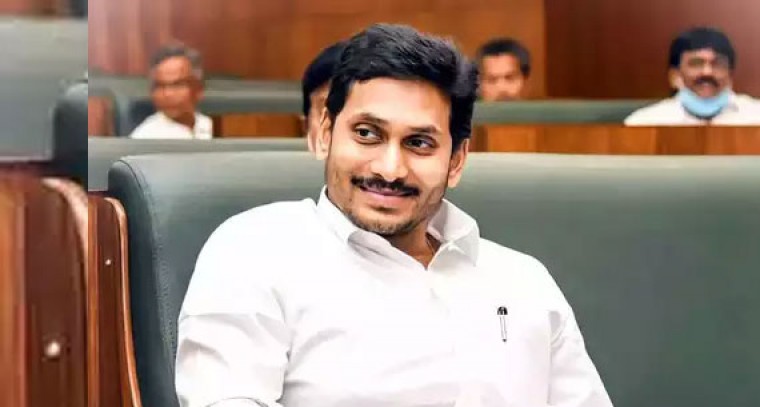 Amaravati, July 27 (IANS) Andhra Pradesh Chief Minister Y.S. Jagan Mohan Reddy on Wednesday said that his government is fighting with the Centre to get funds for the relief and rehabilitation package under the Polavaram project.

He claimed that he is making all "efforts to get the funds from the Centre" and has also written letters to Delhi and discussed the issue in every meeting with the higher officials.

The Chief Minister said this during a visit to flood-affected villages in Andhra Pradesh's Alluri Sitaramaraju and Eluru district.

During his visit to these villages submerged by Polavaram in both the districts, Jagan Mohan Reddy assured the villagers that the water in Polavaram Project will be stored at Full Reservoir Level (FRL) only after paying compensation to each and every family and completing relief and rehabilitation.

Reddy also revealed that the Centre owes Rs 2,900 crore to the state for R&R work. The water in Polavaram will first be filled up to 41.15 metres, as the Central Water Commission would not initially approve filling the dam to its full capacity due to safety reasons.

The dam will be fully filled only after three years and by then, everyone will be compensated, he said.

A new revenue division would be created with four blocks likely to be submerged by Polavaram in Alluri Sitarama Raju district, he added.

As several women brought to the Chief Minister's notice that their houses have been inundated by the Godavari floods, he directed the officials to start the enumeration and provide increased financial aid of Rs 10,000 to each of the families who lost their homes. He also promised to build houses for Polavaram displaced persons at the earliest.

In regard to relief measures that were taken during floods, the Chief Minister appreciated the officials for working well in the flood-affected areas. He said that the government will extend support to the flood victims and stated that enumeration for the flood damage is going on and the aid will be provided in this same season.