A vote for good governance, says YSRCP on Atmakur win 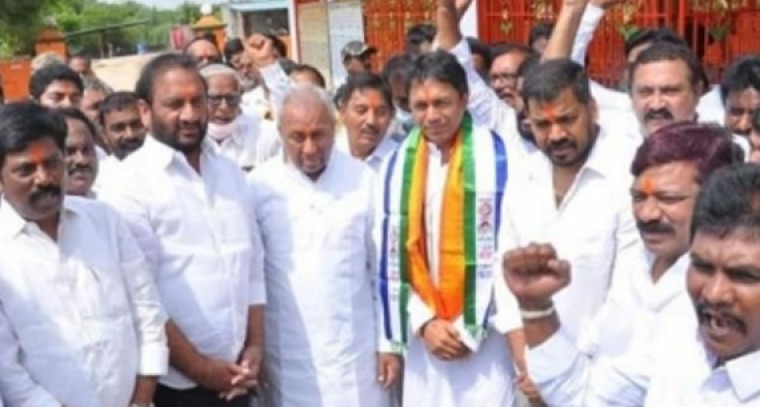 Amaravati, June (IANS) Andhra Pradesh's ruling YSR Congress Party (YSRCP) on Sunday said that the massive victory by the party in Atmakur Assembly by-election shows that the people are extending their continuous support to its good governance.

Chief Minister Y.S. Jagan Mohan Reddy said that people have voted for the good work being done by his government, and also as a tribute to Mekapati Goutham Reddy, whose death had caused the vacancy.

Industries Minister Goutham Reddy had died of cardiac arrest in February. The YSRCP fielded his brother Vikram Reddy, who won the by-election with a massive majority of over 83,000 votes.

The chief minister thanked all men and women voters who voted for YSRCP.

He tweeted that God's blessings and people's prayers for the government which is doing good works is the biggest protection.

He said YSRCP is continuing the track record of winning all the elections, including the by-polls for Tirupati Lok Sabha and Badvel Assembly constituency, and the party has now retained Atmakur with a huge majority.

He said that people always stood by YSRCP irrespective of the evil conspiracies of opposition parties, especially TDP leaders who had even worked as BJP poll agents.

The minister recalled that YSRCP won Tirupati Lok Sabha by-poll with a huge majority of 2.7 lakh votes despite the massive campaigns done by the opposition TDP and Jana Sena. YSRCP had won Badvel Assembly by-election by a whopping majority of 90,228 votes.