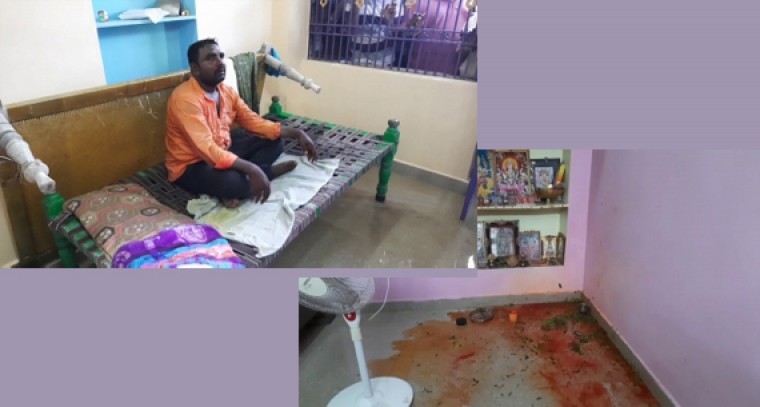 Nellore (Andhra Pradesh), June 16 (IANS) In a shocking incident, a 3-year-old girl, who was subjected to occult practices by her father, died while undergoing treatment in a hospital on Thursday morning.

Her father has been detained by the police.

On Wednesday, Venugopal who has twin daughters, conducted some rituals at his home in the Perareddypally village of Nellore district. The rituals were allegedly done to "drive away the evil forces" he believed were causing him losses in his business, police said.

As part of the rituals, Venugopal poured turmeric water on his daughter and later stuffed kumkum powder in her mouth which led to suffocation of the child, sources said. Alerted by her cries, the neighbours rescued her and rushed the unconscious child to a nearby hospital.

As her condition was serious, Punarnavika was later taken to another hospital in Chennai the same day. However, the child passed away on Thursday morning.

According to locals, Venugopal was operating an earthmoving business but had suffered losses which he believed were caused by evil forces.