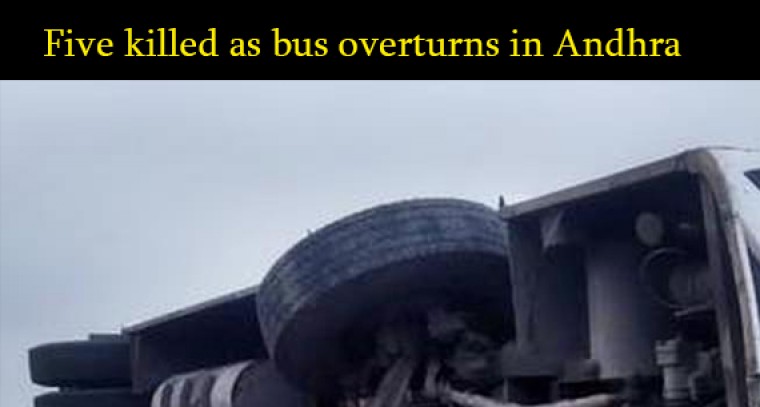 A private bus overturned near Edugurallapalli in Chinturu mandal of the district.

The bus of Sangita Travels with 60 passengers was on its way to Vijayawada from Chinnapally in neighbouring Odisha. The accident occurred when the driver apparently lost control over the vehicle while negotiating a turn.

Alerted by the passersby, police rushed to the scene and launched a rescue and relief operation.

While three persons died on the spot, two others succumbed at government hospital at Bhadrachalam in neighbouring Telangana.

Three of the deceased were identified as Dhaneswar Dalapati (24), Jeetu Harijan (5) and Nunena Harijan (2). The victims are all from Odisha and were coming to Vijayawada to work as labourers.

The survivors alleged that the bus driver was under the influence of alcohol and was driving the vehicle in a rash manner.

Police said they have registered a case and took up further investigation.