Efforts on to capture tiger strayed in Andhra villages 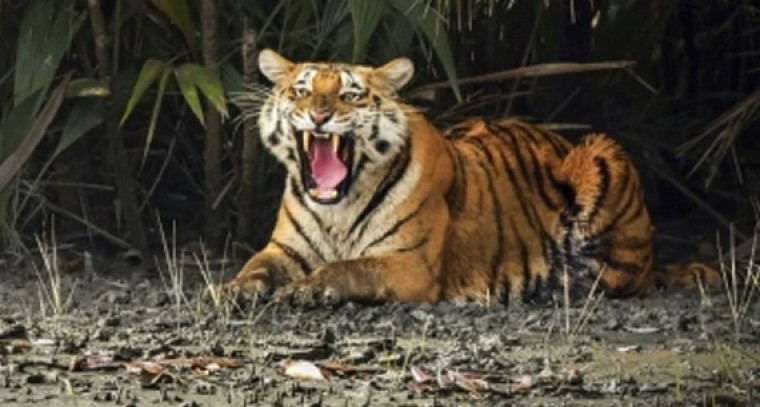 Kakinada (Andhra Pradesh), May (IANS) The Andhra Pradesh Forest Department on Monday stepped up its efforts to capture a tiger which strayed into human habitations in Kakinada district, creating fear among people in some villages.

More than 150 forest personnel under the leadership of District Forest Officer I. K. V. Raju were making all out efforts to capture the animal. Officials of Visakhapatnam Zoo have also joined the operation.

Fear gripped some villages under Prathipadu mandal after the big cat was sighted a couple of days ago. The tiger's movements were captured on CCTV cameras on Sunday. It was seen on a hillock near Pothuluru. The forest officials inspected the pug marks.

The forest officials have installed CCTV cameras at 40 places to capture the movement of the tiger. As part of the operation to capture it, three traps have been set up. Officials said efforts were to bring more cages to the area.

The Forest Department has appealed to people not to believe rumours but remain alert till the strayed animal has been captured, or it returned to the wild on its own.

Villagers have been advised not to venture into agriculture fields. Fear also gripped Kodavali and neighbouring villages in Gollaprolu mandal after forest officials confirmed the presence of the tiger in the area.

Villagers had been complaining of an unidentified animal killing their livestock over the past few days. Officials say six buffaloes were killed over the past eight days in Pothuluru, Ommangi, Dharmavaram villages in Prathipadu mandal and Kodavali.

Five days ago, a half-eaten carcass of a buffalo was found near Kodavali and Gollaprolu villages, close to the Pushkar lift irrigation pump house. The officials who inspected the pug marks initially suspected it to be of leopard.

However, the CCTV cameras installed subsequently confirmed the presence of the tiger.

The villages are connected with Addatheegala and other neighbouring forests. Forest officials believe the tiger might have strayed into the village in search of prey and water.

The District Forest Officer said they will monitor the movements of the tiger closely to see if it returns to its habitat on its own. He said if it continues to roam around the villages, they will capture and leave it in the forest.