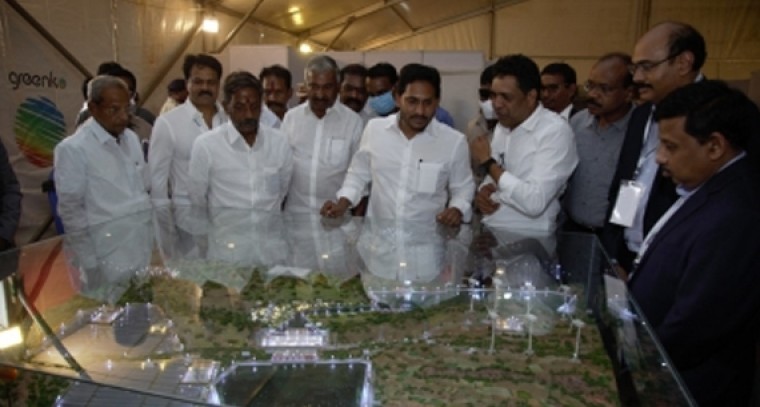 Kurnool (Andhra Pradesh), May (IANS) The worlds largest Integrated Renewable Energy Storage Project (IRESP) is coming up in Andhra Pradesh's Kurnool district with an investment of over $3 billion.

According to Greenko, this is a first of its kind single location energy storage project with wind and solar capacities. The project is being implemented with an investment of over $3 billion comprising pumped storage (10,800 MWh of daily storage), solar (3,000 MW) and wind (550 MW).

"It's a moment of great pride for Greenko that we have pioneered to deliver, ahead of global ambition of a 24/7 dispatchable renewable energy solution, for industrial decarbonization and energy transition," said Anil Chalamalasetty, Founder, CEO & MD, Greenko Group.

He said this was achieved due to policy support at national level and the visionary leadership of Jagan Mohan Reddy, who is transforming Andhra Pradesh into a sustainable manufacturing hub.

He believes that given the state's favourable topography for Pumped Storage Plants (PSPs), Andhra Pradesh is set to become an energy storage capital of India. This integrated solution is pivotal for the nation to become energy independent and establishes it as a leader of decarbonised economies.

With this project, Greenko has pioneered the concept of storage contracts with central utilities and large industries. The project is scheduled to get commissioned by the last quarter of 2023, he said.

Greenko Group is the world's largest renewable energy storage and leading energy transition and decarbonisation solutions company. It has an installed renewable energy capacity of about 7.5 GW across wind, solar and hydro while 10 GW of projects are under development.

Greenko has invested over $7.5 billion; with equity of over $2.5 billion and raised Global Green Bonds of over $5 billion over the last 10 years.