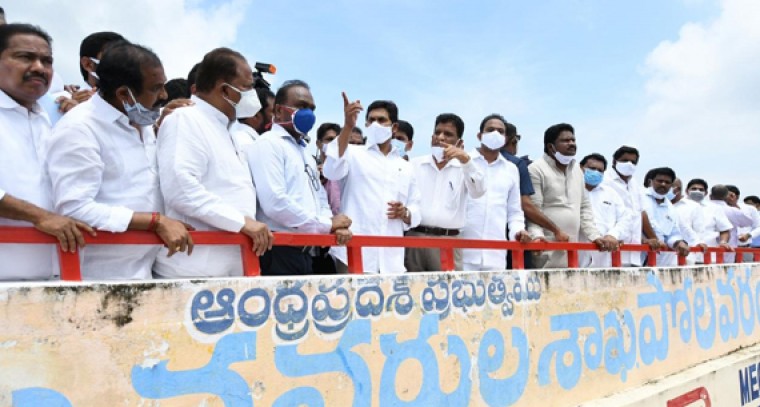 "The R&R works were neglected by the previous government. There should be quality in the construction of rehabilitation and resettlement colonies," said Reddy.

On Monday, Reddy visited the Polavaram dam and conducted an aerial survey of the project.

As part of reviewing the R&R works, the Chief Minister noted that there could be negligence at some point in building the resettlement colonies at scale and instructed the officials to be alert to ensure top quality in the works.

He directed the officials to appoint a special officer to monitor quality, including rectifying any mistake as soon as it is identified.

"Infrastructure should be developed in the colonies along with their construction, and construction of roads and other social development works should be done," the CM said.

He observed that the construction of colonies could be delayed in case of floods and it might take time till November or December for the flood waters to recede.

Reddy said R&R works are being executed despite financial constraints, and directed the officials not to keep them pending.

Incidentally, the Andhra Pradesh government needs to get a reimbursement of Rs 2,300 crore from the Centre for Polavaram project, compelling the state to spend its own funds for the project.

Similarly, the Chief Minister instructed the officials to identify land to be distributed to the evacuees who have ROFR pattas.

Officials informed the Chief Minister that they have set a target to shift the displaced families from 48 of the 90 habitations by August.

Following the aerial survey, Reddy held a high-level meeting to review the works of the dam.

At the meeting, the officials apprised the Chief Minister of the progress made in the past two years and about the remaining work to be taken up.

They informed Reddy that works related to the spillway are almost complete and 42 out of the 48 gates have already been fixed.

Likewise, cylinders have been imported from Germany and the gaps in the upper coffer dam have been filled.

Similarly, excavation works are slated to be completed by December 2021.

Reddy directed the officials to complete the linking of two canals along with the lining and tunnel works by June 2022.