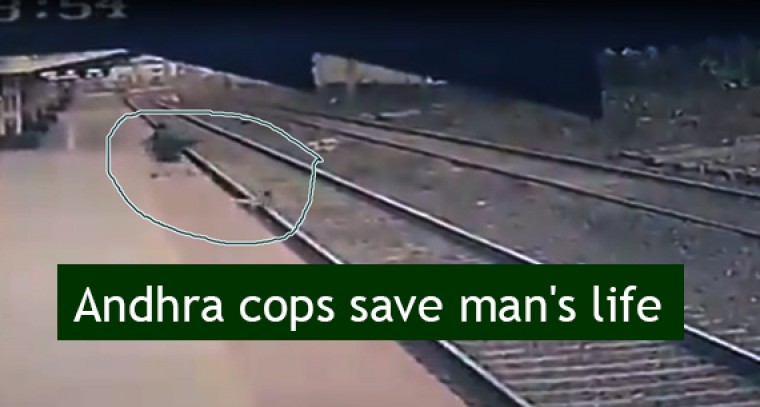 Ongole (Andhra Pradesh), July 20 (IANS) Coordinated timely action by Prakasam district police in Andhra Pradesh saved the life of a specially-abled man about to commit suicide on a railway track, by a margin of just two minutes.

Kavala Kishore from East Kopperapadu village of J. Panguluru mandal in Prakasam district met with an accident two years ago, leaving him lame after losing a leg.

"Since then he walks using an artificial leg. But due to financial difficulties and family quarrels he left home to commit suicide on the morning of Sunday," said a police official on Monday.

Kishore even called up his family members before taking the extreme step.

One learning about the exigency, the superintendent of police (SP) Mallika Garg swiftly responded and directed the IT core team SI at the headquarters to locate the victim and take appropriate action.

The IT core team immediately traced Kishore's location and alerted Vetapalem SI Kamalakar that the former was on the railway track at Pandillapalli within Vetapalem police station limits, leading to his timely rescue.

Kamalakar and his subordinates rushed to the sport where Kishore was and saved him.

"If it had been two minutes later, the victim would have fallen under the train and lost his life. Kishore's family members thanked the SP and police personnel for their timely response in saving their family member's life," said the official.

The IPS officer doled out cash rewards to these policemen and praised their exemplary team spirit.