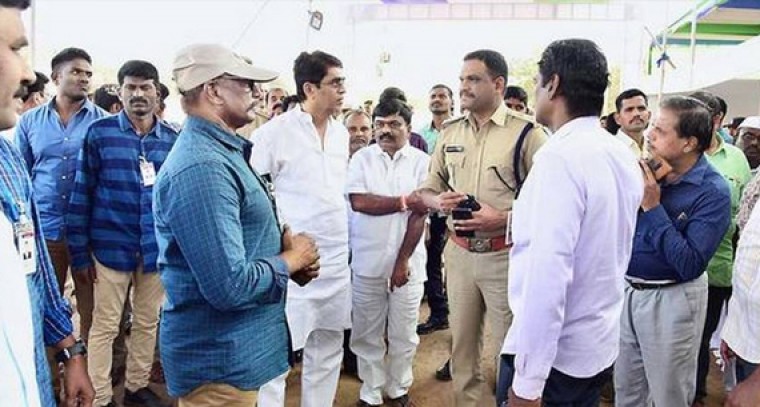 Arrangements in place for the event at STBC Grounds in Kurnool

Chief Minister Y.S. Jagan Mohan Reddy is scheduled to inaugurate the third phase of Dr. YSR Kanti Velugu, an eye-screening programme for the elderly, at STBC Grounds in Kurnool on February 18. He will also give away Arogyasri Star Health Cards, according to an official release.

The State government launched Dr. YSR Kanti Velugu for providing comprehensive eye care free of cost to prevent 80% of the cases of blindness by performing cataract surgeries and distributing spectacles.

The programme is being implemented in six phases over a period of two-and-a- half-years on a mission mode. After completing the first and second phases successfully, the government decided to conduct eye screening for the people aged over 60 years in the third phase. The targeted population is 56,88,424.

In all, 500 teams have been identified to conduct the secondary eye screening. During the second phase, 1,34,252 children with vision defects were identified, 56,767 spectacles were distributed and 77,485 other cases are under evaluation. In the first round, 66,15,467 children were covered and 4,36,979 children identified with eye problems.

Meanwhile, the Kurnool district authorities made elaborate arrangements for the programme.

As Mr. Jagan Mohan Reddy is visiting the district for the first time after announcing Kurnool as the judicial capital of the State, YSRCP activists put up banners and posters in the city thanking the Chief Minister. They are also planning to form a human chain welcoming the Chief Minister.After launching the eye-screening programme, he is scheduled to perform ‘bhumi pooja’ for construction of 402 health sub-centres with ₹100 crore.

Over 1,000 police officers have been deployed for the public meeting and surveillance has been stepped up.