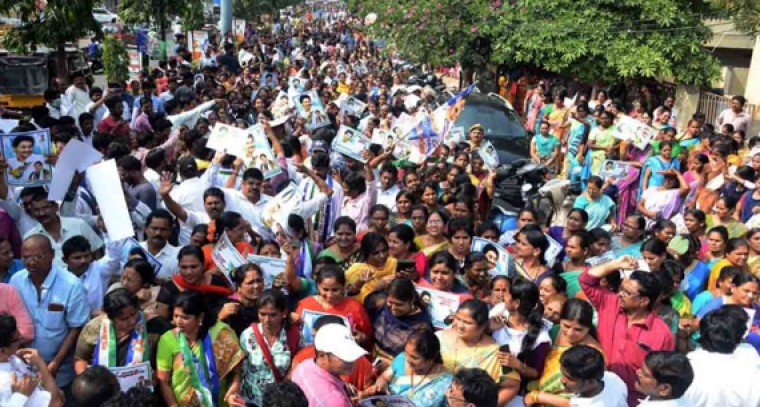 Amaravati, Jan 20 (IANS) Sealing the fate of Amaravati as the Andhra Pradesh capital, a Bill was tabled in the Assembly on Monday to develop Visakhapatnam and Kurnool as the two other state capitals.

Ending all speculations and ignoring protests from the entire opposition and Amaravati farmers, the state's ruling YSR Congress Party (YSRCP) government tabled a Bill to shift key capital functions out of Amaravati.

As soon as the House met for a three-day special session, Finance Minister Bugga Rajendranath Reddy moved the Andhra Pradesh Decentralization and Inclusive Development of All Regions Bill 2020.

Terming the Bill as historic, the Finance Minister announced that there will be three seats of administration to ensure balanced development of all regions.

He also announced that Kurnool will be the judicial capital.

"The High Court will be set up in Kurnool Urban Development Area after getting necessary approvals and issuing relevant orders," he said.

The Minister said the Bill was aimed at ensuring decentralization of governance and inclusive development of all regions.

Subsequently, the experts' committee and Boston Consultancy Group (BCP) made the same recommendation.

The high-power committee, constituted to analyse the reports of both the panels, submitted its report to the government favouring three-capital proposal.

The report of the high-power committee comprising ministers and senior officials was approved by state cabinet, which met before the start of the Assembly session.

The government is likely to announce a package for Amaravati farmers, who have been protesting for over a month demanding that Amaravati be continued as the only state capital.

The farmers, who had given 33,000 acres of land for development of Amaravati as the state capital in 2015, say that shifting of key capital functions would harm their interests.

Amaravati was the brainchild of then Chief Minister N. Chandrababu Naidu, who wanted to develop it as a world-class city.

The Singapore government had prepared the master plan for Amaravati, the foundation stone for which was laid by Prime Minister Narendra Modi in October 2015.

The city was planned to be developed on the banks of Krishna river at a cost more than Rs 1 lakh crore.

After Naidu's TDP lost power in the elections last year, Jagan Mohan Reddy had announced review of all projects launched during TDP rule. Alleging insider trading in development of Amaravati, the YSRCP government stopped all works in Amaravati and launched a probe.