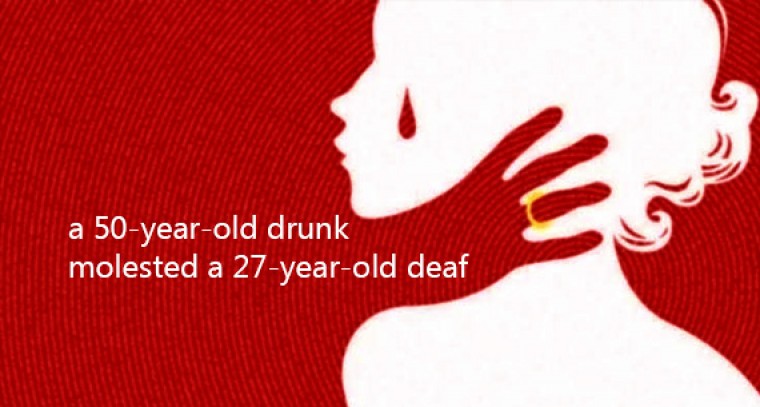 crime against women in india is increase day by day

Nellore: In a sickening incident, a 50-year-old drunk molested a 27-year-old deaf, mute and psychosocially disabled woman who is his cousin, in the SC Colony at Z. Uppalapadu, Valetivaripalem mandal, Prakasam district, late on Wednesday night.

The accused has been identified as Endluri Prabhakar, 50. According to police, the victim stays with her brother after the recent death of her mother.

Her brother and the victim went to a fair price shop to collect ration by bike on Wednesday night. The brother asked her to wait at the shop and went home to keep the groceries.

She went missing when he returned to pick her up and he launched a search when she failed to return home. The girl was found in a tobacco farm without clothes. When the brother rushed to the spot, he found Prabhakar escaping from the fields.

Police rushed to the spot after he dialled 100 and rushed the girl to the government area hospital in Kandukur.

Circle inspector Vijayakumar said that they have formed teams to track down the accused. He said that doctors have confirmed that the offender raped the disabled woman.