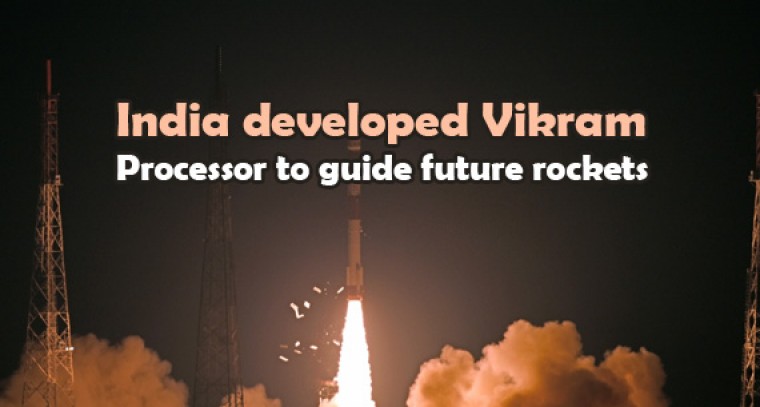 Sriharikota (Andhra Pradesh), Nov 27 (IANS) All future Indian rockets will be fitted with the indigenously designed and built Vikram Processor that guided the rocket Polar Satellite Launch Vehicle-C47 (PSLV-C47) on Wednesday to complete its mission successfully.


India's PSLV-C47 rocket on Wednesday morning successfully put into orbit the country's advanced earth observation satellite Cartosat-3 and 13 nano satellites from the US.

The rocket for the first time was fitted with Vikram Processor designed, developed and fabricated by the Chandigarh based Semi-Conductor Laboratory coming under Department of Space.

The Vikram Processor is used for rocket's navigation, guidance and control and also for general processing applications.

According to B.R. Biju, Mission Director for Cartosat-3 Mission, for the first time the indigenously designed Vikram Processor was used in PSLV-C47 rocket and its performance was fantastic.

Interestingly, the Vikram Processor has brought in an added cheer for the Indian space officials after another Vikram -- the moon lander -- that crash landed on the lunar surface this September putting the officials into a gloomy mood.