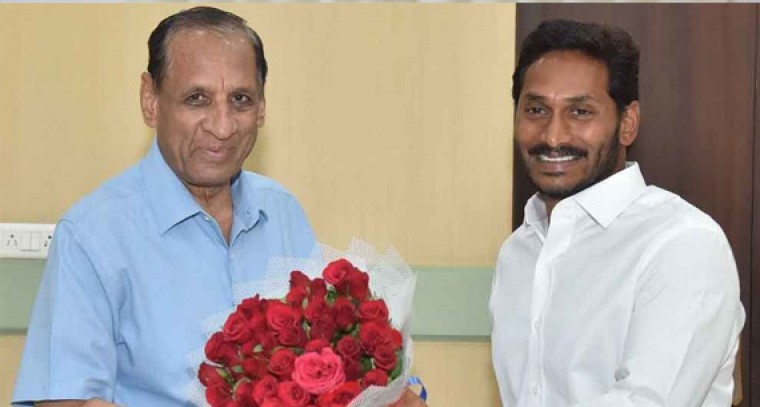 Hours after he was unanimously elected as the leader by newly-elected legislators of the YSRCP at Amaravati, Jagan Mohan Reddy landed in Hyderabad to meet the Governor.

Accompanied by few senior leaders of the party, he submitted to the governor the resolution passed by the meeting of party legislators electing him as the leader.

The YSRCP stormed to power on Thursday by winning 151 seats in 175-member Assembly.

All the newly-elected legislators attended the meeting held at Jagan Reddy's residence at Tadepalli in the state capital region Amaravati.

Senior leader Botsa Satyanarayana proposed the name of Jagan Reddy as the leader of the YSRCP Legislature Party and it was seconded by Dharmana Prasad Rao and other top leaders.

Jagan Reddy has already announced that he will take oath as the Chief Minister on May 30 at Vijayawada.