Polavaram water to be supplied by this July: AP CM

Polavaram water to be supplied by this July: AP CM 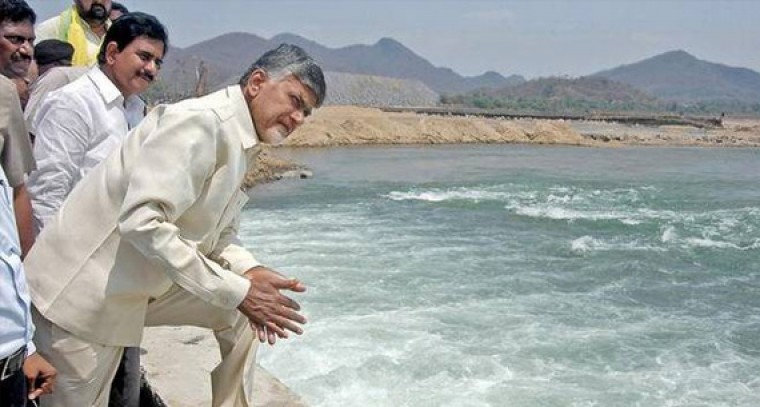 AP CM Chandrababu Naidu on Wednesday took up the review of the multi-purpose Polavaram project and drinking water supply situation in the state. Elections to the Assembly and Lok Sabha were held in the state on April 11 and results will be declared on May 23. Mr Naidu, however, put forth the argument that in the US, the president continues to hold office for some time even after elections. “I took the oath on June 8. 2014 and therefore, my government has time till June 8 this year. I cannot take new policy decisions. Nevertheless, I can continue to run the administration,” he said at a press conference after the review on Wednesday.

He said that although the Polavaram construction works had slowed down in the last 45 days, 69 per cent of the overall project has been completed. He further stated that July onwards, water from the project would be supplied through gravity.

“This is a dream project for the 5 crore people of Andhra Pradesh. We shall pick up the pace through the next 2 months. We shall acquire additional machinery and mobilise adequate resources to complete the works expeditiously,” the CM added.

Mr Naidu said that the Centre has yet to reimburse Rs 4,508 crore to the State towards Polavaram works. Referring to Prime Minister Narendra Modi’s remark wherein he said that Mr Naidu was using Polavaram like an ATM to draw money from the Centre, the Chief Minister said, “This is not an ATM. This is ‘Any Time Water’.”

Mr Naidu, who also reviewed the drinking water situation, said that 347 mandals were identified as drought-affected in the Kharif crop season, in addition to 257 in the Rabi crop season. He pointed out that the State had received only 559.1 mm of rainfall against the normal 887.5 mm, which resulted in the drought. Prakasam district received 58.3 per cent, Kadapa received 57.4 per cent, and SPS Nellore received only 54.1 per cent rainfall

“We have made arrangements to supply drinking water through 3,494 tan-kers to overcome the problem in affected habitations. A sum of Rs 184 crore has been earmarked for the mitigation of drinking water problems during summer,” the Chief Minister said.