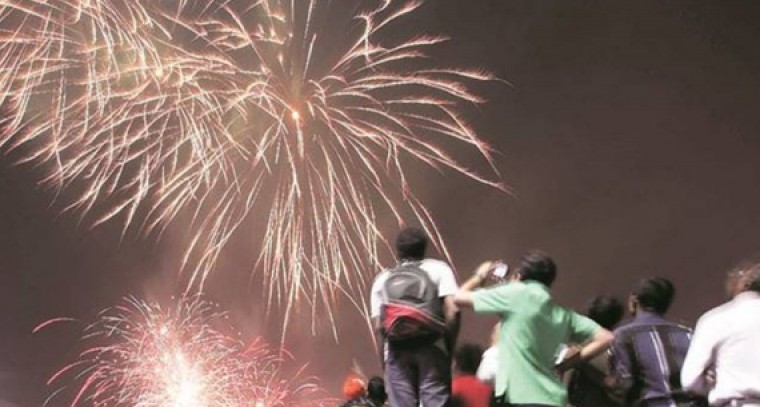 With Diwali being not even 10 days away, the railway authorities have stepped up their activities to prevent passengers from carrying crackers in trains. Carrying inflammable items during a train journey is strictly prohibited and squads have been formed to keep a strict vigil on the passengers to stop them from carrying inflammable items in trains, for the safety of passengers, during  the ensuing Diwali.In a release issued here on Monday, the senior divisional commercial manager, of the East Coast Railway, Waltair Divison, G Suneel Kumar said that carrying of inflammable objects, such as crackers, gas cylinder, acid, petrol, kerosene, during train travel was a  punishable offence, under the Railway Act 1989 and the offender may get up to three-years imprisonment sentence.

Steps have been taken by the Safety department of the Waltair Division to make the train passengers and the railway users aware of the dangers of carrying crackers and other explosive substances. Announcements are being made at all the railway stations.Waltair Division has advised passengers to be careful and not to carry and also not let their co-passengers carry  inflammable objects, while travelling on trains. “If any  passengers is seen carrying inflammable items, the co- passengers are requested to inform the on-duty railway staff  like TTEs, coach attendants, guards of the train etc.