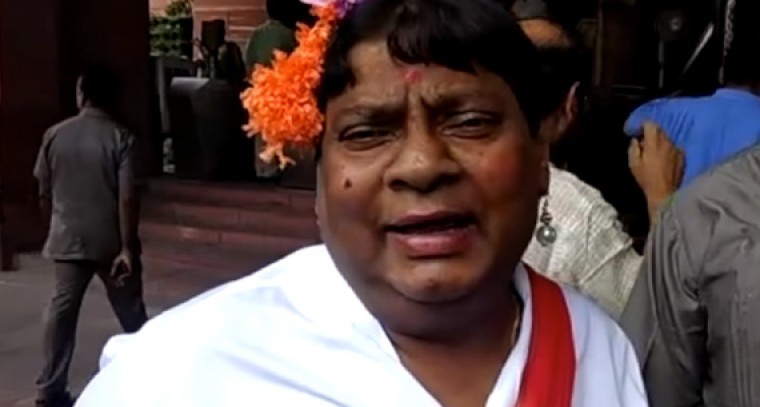 The ruling TDP MPs have been continuously staging a protest in the premises of the Parliament over the pending promises towards the Andhra Pradesh state that are yet to be fulfilled by the BJP led NDA government. Chittoor TDP MP Siva Prasad, who is known for making variety protests has donned the avatar of a Transgender. TDP MP has made special gestures at PM Narendra Modi reminding his various promises towards Andhra Pradesh. The way TDP MP acted in the Transgender getup is just hilarious.