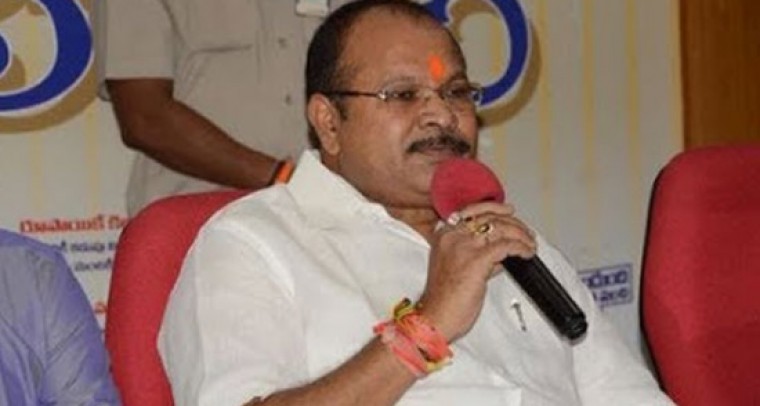 BJP Leadership appointed Kanna Lakshminarayana as Party's AP President upon reaching a conclusion that he is efficient enough to launch counter attack on TDP's bad propaganda. Making the prediction true, Newly appointed BJP Chief lashed out at AP CM Chandrababu Naidu highlighting his claim of 30 trips to the national capital.

Kanna accused Naidu of using his Delhi trips for political gains rather than development of the state. 'Instead of speaking about development of AP, Chandrababu Naidu used to ask when Jagan will be sent behind the bars during his every visit. The other aspect he is more concerned is the delimitation of Assembly Constituencies in AP,' he alleged.

BJP Chief opined Centre would have cooperated had if TDP Government is really committed for the welfare of Andhrites. He went on to say BJP offered Special Package soon after CM demanded for it and that itself is a proof of BJP's commitment. Kanna flayed Chandrababu for using Special Status sentiment in the election year for selfish deeds. He accused CM of taking the u-turn as Jagan who remained firm on Special Status kept gaining more support from people. 'Though Babu projected BJP as an accused, People are closely observing every u-turn of Chandrababu Naidu for political gains,' cautions the Former Minister.

Tyra Banks teaches her son to love all body types

Riteish Deshmukh: Hope to make a biopic on my father's life