A Huge welcome To The kanna Laxminarayana At Airport

A Huge welcome To The kanna Laxminarayana At Airport 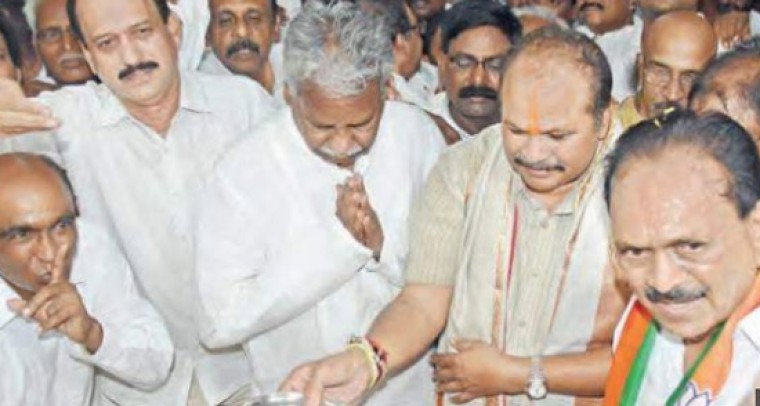 Andhra Pradesh (AP) Bharatiya Janata Party (BJP) president, Kanna Lakshminarayana, was given a warm welcome at the airport as soon as he arrived from New Delhi.

He took oath as the president, in the party headquarters at Vijayawada. Another BJP leader, Somu Verraju, took oath as party election committee convenor. He said that the party needs the experience of Kanna. As soon as he arrived, Kanna began attacking Chandrababu, over various issues, including the boat tragedy that occurred in East Godavari district.