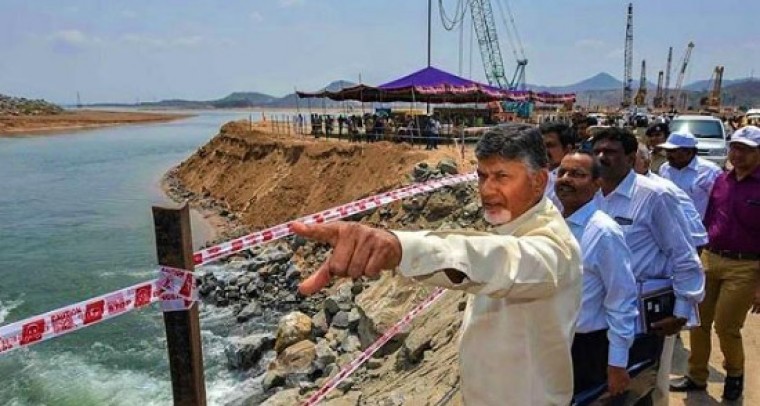 Keeping the monsoon in view, the Polavaram authorities are busy undertaking earthworks of the powerhouse round the clock. The officials as well as the contractor have set a target of 1115.59 lakh cubic metres of earthwork of spill channel, approach channel, pilot channel, left flank, and spillway, and the daily target has been set at 1.57 lakh cubic metres. The contract for the 960 MW hydel project, to be undertaken at a cost of ₹3,220.28 crore, was awarded to Navayuga Engineering Company Ltd in December last. As per the agreement, the company has to complete civil and electro-mechanical works and AP Genco will take up the rest.

According to Chief Engineer of the Polavaram project V.S. Ramesh Babu, earthworks related to the power house and the cofferdam will be completed by August this year and May 2019 respectively.

As the earthworks have not been completed till now, the deadline for concrete works of the powerhouse has been extended by another six months. Now, the Irrigation Department is doing hill excavation work, which will take up to six months. The CE said that powerhouse works will be taken up as early as possible and an action plan is being chalked out in consultation with AP Genco, Navayuga and other stakeholders.

As far as the diaphragm wall is concerned, of the 400 panels, 314 have been completed. The jet grouting of cofferdam works are also progressing and 733 metres of lower cofferdam columns has been completed. Central Water Commission approval is awaited for cylinders of hydraulic gates, and approved has already been given to designs of a part of river sluice gate leaves. “Earthworks of head works are in full swing and we are set to meet the targets,” said the CE.